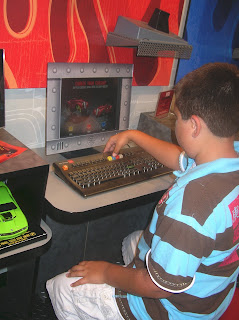 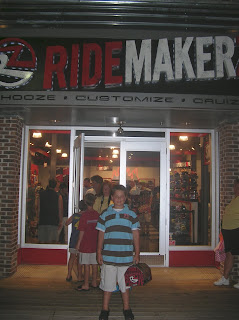 In front of the store with his car. They give you a box to put it in that looks like a garage. 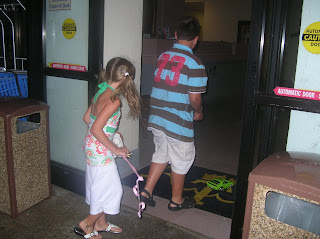 Something new! This is a store called Ridemakerz. Right now the only one is in Myrtle Beach with 2 more opening soon in other states. It's like Build-a Bear but with model cars!! Finally, something geared towards boys-why didn't I think of this! You go in and pick all the parts to your car or truck. Then you put it together at the stations they have. You then go to the computer and make and print a title for it. Wyatt got his with a remote control, too. That's him above "driving" it into our condo after he made it. Jeff had just as much fun with it as Wyatt did!! Lily wants to make one,too. Of course they had pink ones.