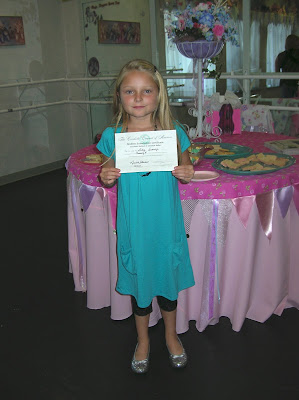 Lily with her Cecchetti certificate. 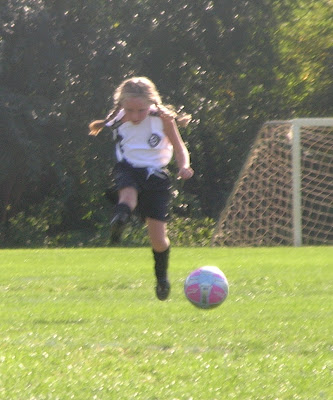 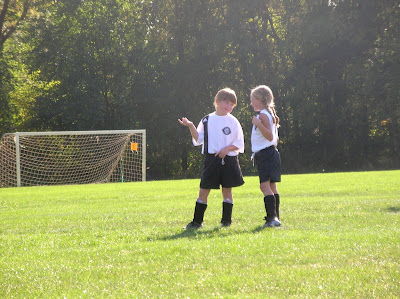 So typical Lily. Miss social. Her and Maggie were on defense and a little bored since the ball wasn't coming their way too often. So, they are having a friendly chat. Right after this, the coach told them to move up closer. 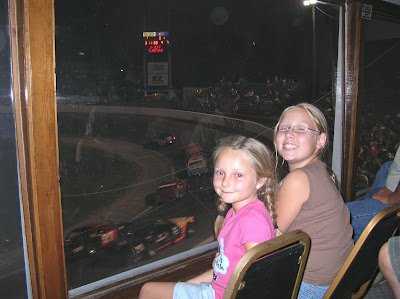 Lily and Rachel at Anderson Speedway. You can see the cars in the background. 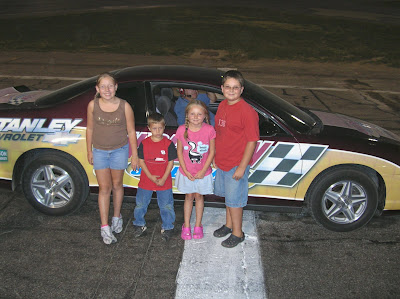 Rachel, Lily and Wyatt(and unknown little boy) getting ready for their ride around the track in the pace car. 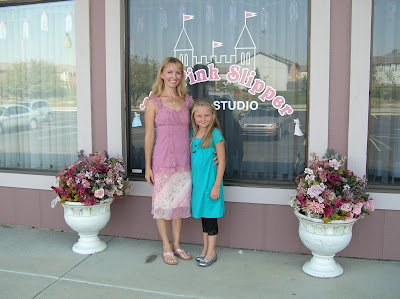 Lily with her dance teacher Miss Michele.
We had a fairly busy weekend. Friday night was movie night at school for Lily and I helped out. The kids both had sleepovers, which is their favorite thing.
Saturday Lily had soccer pictures and a game. They won something like 6-1(not exactly sure). They seem to have a pretty good team and have not lost a game this season. They think it's pretty cool to be "undefeated".
We also went to Anderson Speedway Saturday night. Charlene's company is a sponsor there and we had a suite. We couldn't get over how into it the kids were. They watched it non-stop for over 4 hours! It was pretty entertaining. The highlight was when the kids got to ride around the track at intermission in the pace car.
Sunday Lily had her awards reception for the Cecchetti exam she took. They had food and punch and all got to go up and accept their certificate. They even had their pictures in the paper for it. It was nice. 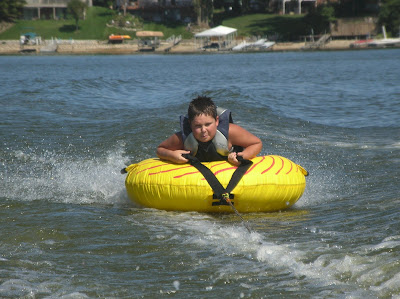 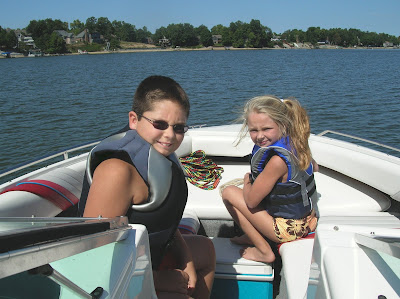 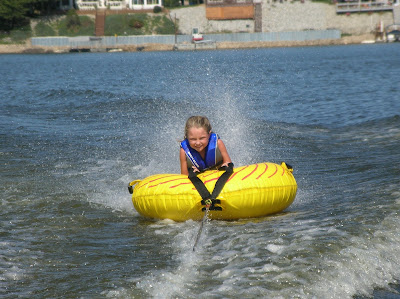 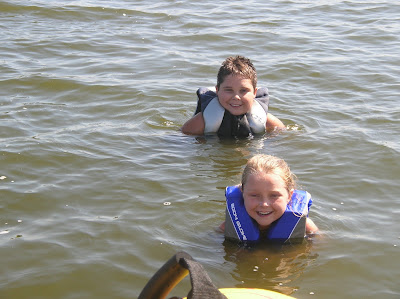 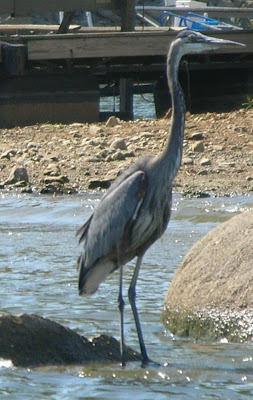 We took the boat out after church today. The kids tubed and we just relaxed and rode around. It was in the low 70's, so kind of chilly for swimming, but they didn't mind. It made it really nice,because we pretty much had the lake to ourselves!

Lily is on the far right in the 3rd picture down.
http://www.pinkslipperdancestudio.com/cecchetti_exam.html

Jeff's dad and step mom have a piano at their house. We weren't in the house much, but every second we were, Wyatt was playing what he has learned so far in music. Mind you, we are only 3 weeks in, but I was amazed at what he has learned so far. Jeff's brother also taught him something---Home Sweet Home by Motley Crue. That's it on the video below. Oh, and please ignore my voice-how embarrassing! 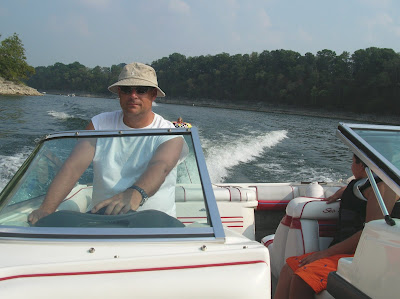 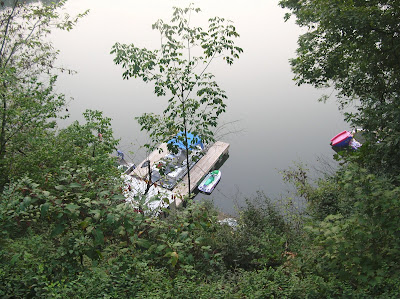 The view of the dock from the balcony. 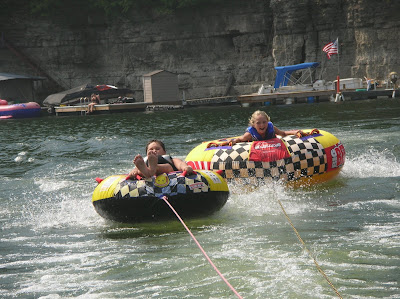 We found a way to have 2 tubes going. We didn't take the double tube and used what they had down there. 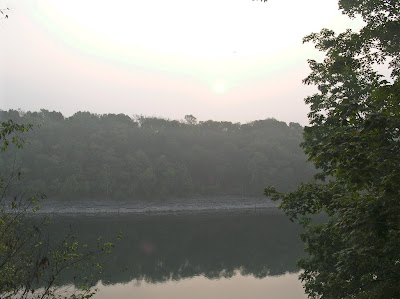 Peaceful morning on the lake. 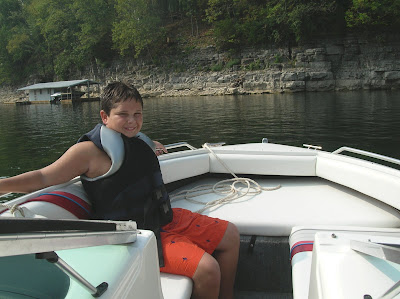 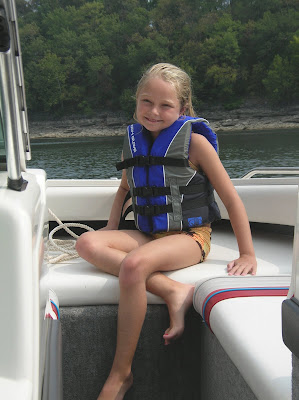 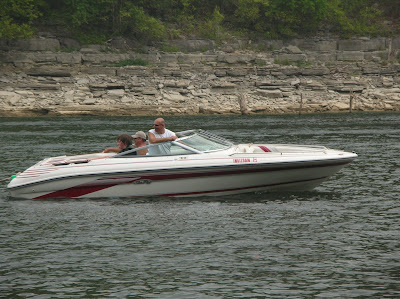 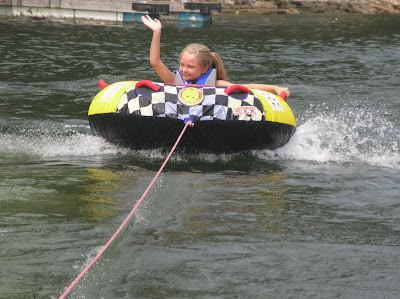 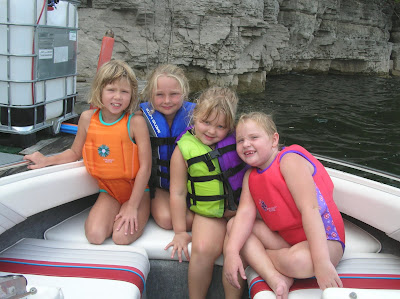 Lily with cousins Haley, Ellie and Hannah.
We had a great time on Herrington Lake this weekend. The boat was a lot of fun and did great. It's definitely a whole different ball game tubing behind this boat than the pontoon! Jeff had a great time throwing all of his brothers off! It was the first time in ages they have all been together. They had 22 people on the dock on Sunday! Monday morning we always take a boat ride to breakfast here. It's so peaceful on the lake early in the morning.
The kids both tried to ski and came really close. Lily got up for maybe 15 feet and Wyatt stood up for a few seconds. It's a good start--not an easy thing to learn. I was pretty proud--got up on my 3rd try Sunday. I got tired so fast and had to let go after a few minutes--darn it. I tried again on Monday and couldn't get back up. I think my muscles were too sore! The kids are anxious to try some more when it's just us and we can devote more time to learning. We didn't get home til 10 Monday night so we were very tired on Tuesday!! I think we're ALMOST back to normal today!
Oh, forgot to mention another part of the weekend. Mom, Lily and I went Goodwilling Saturday while Jeff and Wyatt took the boat down and got all set up. I found SO many deals! A great new looking coat for Lily for $3 and tons of other clothes for her and Wyatt(Limited Too, Abercrombie, Gap). Oh and about 20 new books for Wyatt(50 cents each), a couple of which were specific ones he had been wanting! I came home with a huge black garbage bag full of stuff! Now that's my kind of shopping!