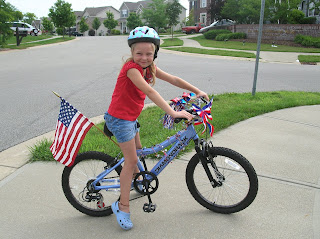 Lily on her bike decorated for the neighborhood bike parade. 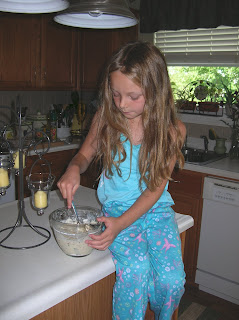 Making the same pancakes Trevor and Wyatt had below. 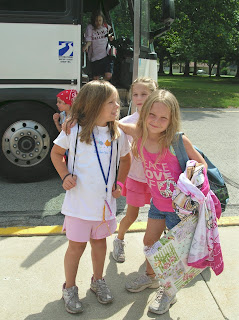 Lily and Emma home from overnight Girl Scout camp. They had so much fun. 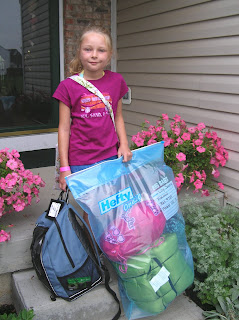 All ready for camp. 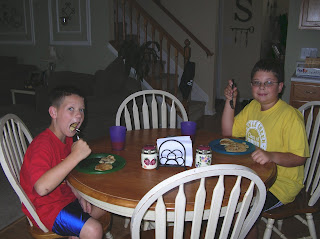 Wyatt had Trevor over to spend the night since both of their sisters are away at camp together. I made them homemade pancakes for breakfast. They wanted chocolate chip but I didn't have any. I improvised by chopping up a dark chocolate Hershey bar. They said they were the best pancakes they had ever had. Awww. 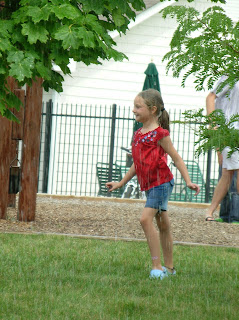 Running through the fire hose after the parade. 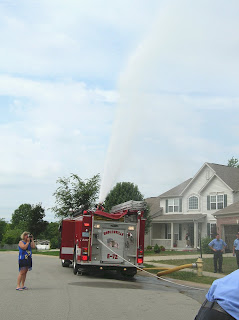 Look how high the hose went. 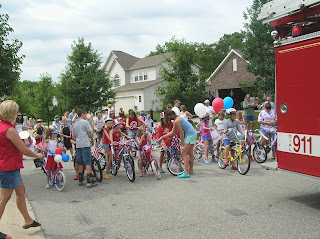 Getting ready to start the parade. 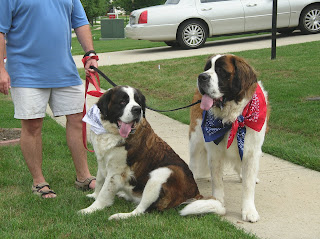 These were the hugest dogs I've ever seen. One was 180 lbs and the "small" one was 150 lbs. They were so cute! Lots of slobber-which I DID fall victim to--yuck! 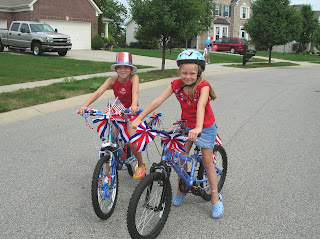 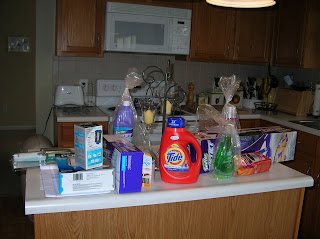 Our neighbor works for Proctor and Gamble. She gives us great stuff all the time-sometimes stuff that's not even out in the stores yet. Look at all of the goodies she
gave us yesterday. I got to go in her dining room (looks like a store) and "shop". I got the new Swiffer wet jet, a new Pur pitcher, a butane operated curling iron and lots of other cool things to try! 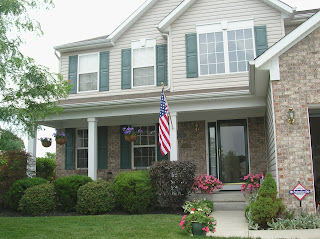 Jeff did such a great job on the yard yesterday I just had to take a pic. He trimmed all of the bushes which were majorly overgrown. I should have taken a "before" pic. 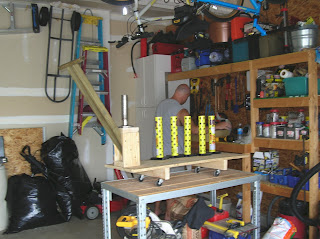 Jeff working on his fireworks contraption for our big
show. He got some huge ones this year. Those are the launchers. He put them on a cart on wheels to get out of the way of cars quickly. He loves to build things. 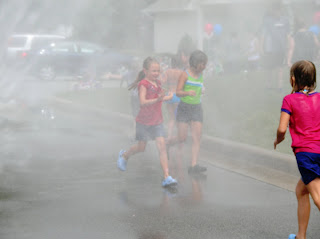 Another pic of Lily running through the fire hose. 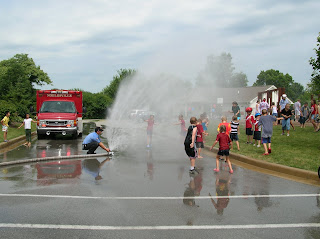 Our neighborhood had it's annual 4th of July bike parade yesterday. Lily did it--Wyatt didn't want to. They decorate their bikes and a firetruck escorts them to the pool area where they throw out candy and spray their fire hoses. The kids love it.
It's been an awesome week of not too many obligations. I so enjoy this downtime to recharge and get caught up on things. It's so necessary for me and for the kids I think. Next week will be spent getting ready for our July 4th party and vacation. Should be fun!

Posted by Melody Searcy at 4:45 PM