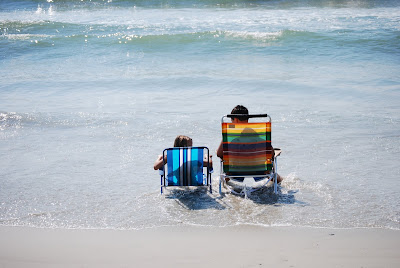 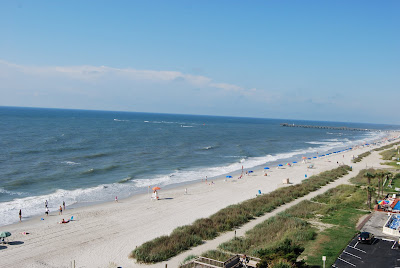 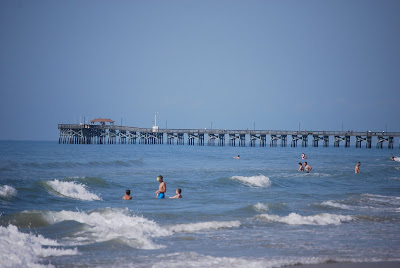 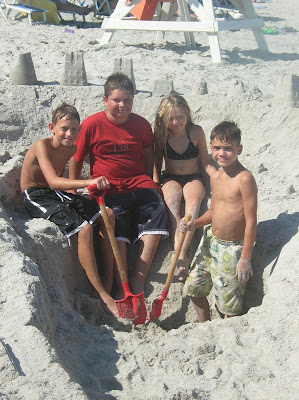 We made our beach reservations yesterday and it's making me long for summer so badly!! We also found out that the families we met last year that had umbrellas on either side of us are going to be back the same week. One of the families had kids Wyatt and Lily's ages and they had a blast with them (that's them above). We're going to make sure we get umbrellas next to each other again. We went a week later last year and it's the week they always go, so it'll be kind of cool to see them each year.
I know it's still several months away----but I can dream!!!

Posted by Melody Searcy at 6:18 PM